Milk means more at Le Pain Quotidien. Over the past months we’ve made a lot of small steps towards serving serving plant-based food and drinks within our bakeries.

As part of our small steps campaign – and as part of our journey to have a minimal impact on the environment – we’re very excited to announce our next step, which is offering various milk substitutes on the house. All you have to do is become a member of our loyalty programme, Tartine Club, and show your member ID when ordering.

You can choose between oat, almond, soy, hazelnut or split pea milk.

The most nutritionally similar to dairy milk, soy milk is made with either soybeans or soy protein isolate, and often contains thickeners and vegetable oils to improve taste and consistency. It’s pretty creamy in texture but also neutral in flavour. For this reason, it lets the taste of the coffee shine through allowing you to enjoy any type of coffee without the milk alternative altering the taste of your brew. Filled with antioxidants and fiber, soy alternatives are often super nutritious and provide key polyunsaturated fats.

The trendiest blend of the bunch, oat milk is made from a mixture of oats and water and is naturally sweet and mild in flavor and foams well. It contains added fiber, which may make it more filling than other alternative milks. That said, oat milk is lower in protein than non-fat cow’s milk or soy-based versions. The creamy nature of oat milk makes it perfect for coffee.

If you like a slightly sweet and nutty flavour then this could be for you. A word of caution though, almond milk may overpower the flavour of your coffee. It has a light texture and compared to cow’s milk, it contains less than a quarter of the calories and less than half the fat. It is also significantly lower in protein and carbohydrates. It’s one of the lowest-calorie nondairy milks available and is a great option for those wanting or needing to lower the number of calories they’re consuming.

A new kid on the block in the world of plant-based milks. Contrary to what you think, pea milk isn’t green and pretty much tastes like milk – unlike the nut-based alternatives there is no overpowering taste. It’s made from yellow split peas so looks, and importantly behaves, most like cow’s milk. It’s the super-high levels of proteins that are in split peas that make this the dairy alternative for a coffee hero.

Its distinctive taste is slightly sweet and nutty which makes it a great choice for baked goods or adding to coffee, while hot chocolate made with hazelnut milk is a great dairy-free alternative to traditional hot chocolate. Also, hazelnuts themselves are a good source of antioxidants and heart-healthy omega-3s—but of course, in milk form those nutrients are, well, watered down. 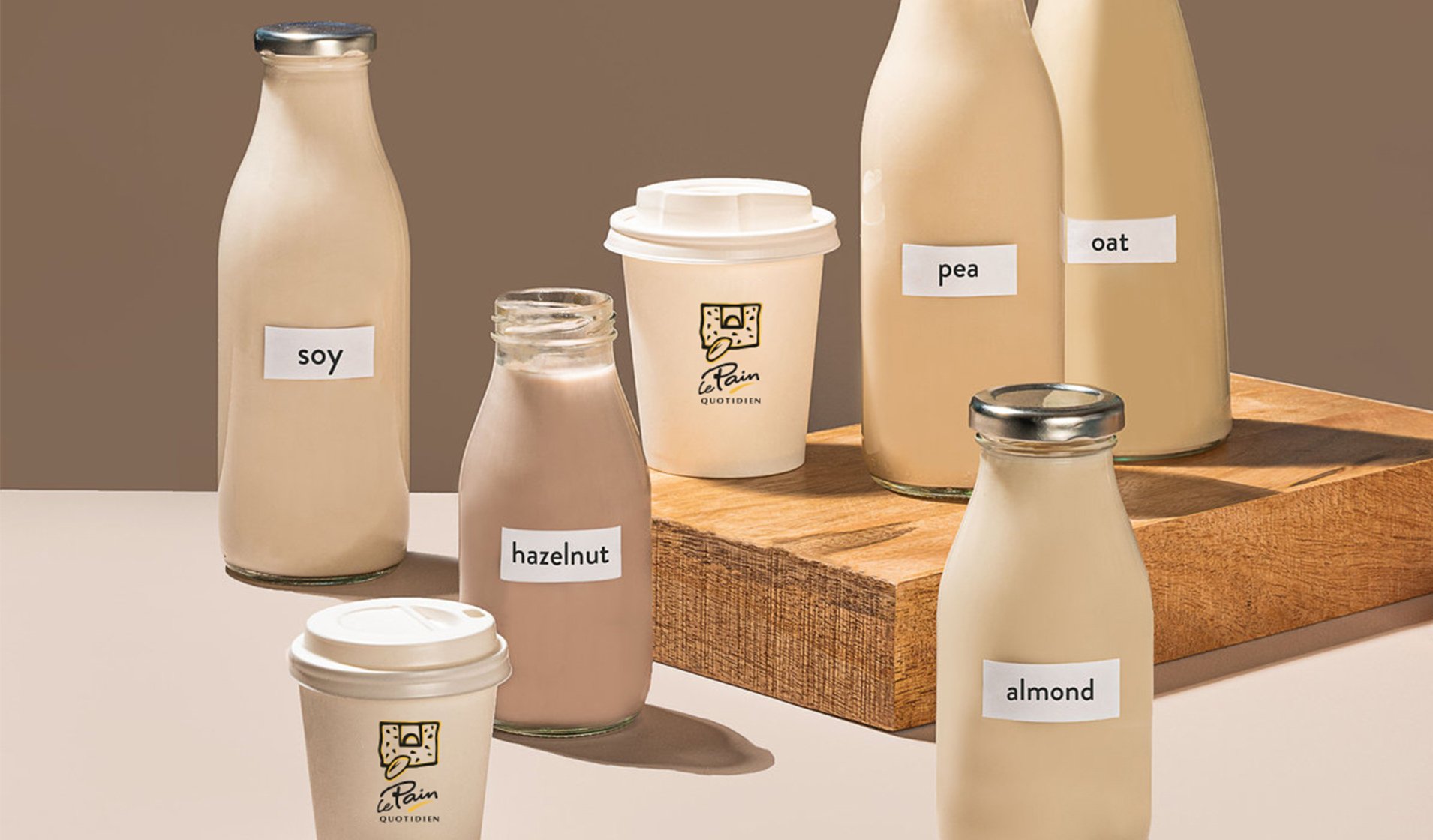